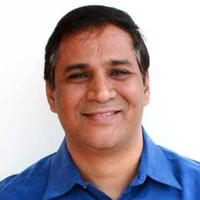 Vineet is the Founder and Managing Director of Aavishkaar and Co-founder & Chairman of the Intellecap Group of companies. In a career spanning across two decades, Vineet’s areas of interest include early-stage venture capital, microenterprises, microfinance investments, incubations and social investment advisory. Vineet chairs the Board of Villgro, an incubating and funding platform, and IntelleGrow, an Intellecap subsidiary, which provides venture debt services to impact enterprises. He also serves on the Board of WISH Foundation and has recently been appointed as an advisor to the Tibetan Entrepreneurship Development Initiative.

Vineet was invited by the G8 Task Force on Impact Investing in 2014 to serve on its International Development Working Group. Vineet has received numerous awards including the G-20 SME Finance Award in South Korea, UNDP-IBLF World Business Award in New York and Lemelson Award for Innovation in Finance at IIT Madras in relation to his work at Aavishkaar. He was awarded Ashoka Fellowship and Honorary Membership of XLRI Alumni Association in recognition of his contribution to Impact investing space.